When Gabriel Garcia Marquez died one year ago this month,Juan Manuel Santos the President of Colombia described him as ‘the greatest Colombian who ever lived.’ The reputation of Marquez however extends far beyond the borders of Colombia. He was one of the leading literary figures of the last century.

Marquez wrote many works of non-fiction and short stories but is best known as a novelist for three works that attracted critical acclaim, One Hundred Years of Solitude (1967), The Autumn of the Patriarch (1975) and Love in the Time of Cholera (1985). In 1982, Marquez won the Nobel Prize in Literature.

The writing of Gabriel Marquez was strongly influenced by his grandfather, a Colonel who often recounted to the very young Marquez, horrific stories of the atrocities committed by so called liberals and non-believers in their fight against the ruling Conservative government. As a result of this influence, Marquez adopted socialist and anti-imperialist views that ran counter to those of the Colombian establishment. His grandmother also played a major role in shaping his approach to writing. Marquez said she was ‘the source of the magical, superstitious and the supernatural view of reality and no matter how improbable the statements, she always delivered them as if they were irrefutable truths.’ 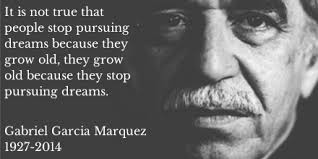 Marquez developed a highly distinctive style of writing called magic realism in which he explored the intricacies and complexities of human relationships and questioned the prevailing political and social beliefs. Love in the Time of Cholera is set in the late 1800’s through to the early 1900’s in an unnamed Colombian city which is probably based upon the historic port city of Cartagena. Here, Marquez weaves a plot around two main characters, Florentino Aziza and Fermina Daza. Florentino as a shy, socially awkward twenty year old is besotted by Fermina, a dazzling, confident, haughty but stubborn beauty who has recently arrived from the country with ambitions to secure a new and prosperous life in the city. Fermina casts aside the longing of the hapless Florentino in favour of the trappings of wealth and social status as the wife of the city’s most esteemed doctor. Florentino remains trapped in a time warp dominated by his unrequited love for Fermina. As their lives branch along totally different paths, the reader is taken on a journey that spans another fifty tumultuous years. During this time Marquez plies his mastery of language and understanding of the human condition to explore the physical and psychological influences guiding relationships and love in particular. 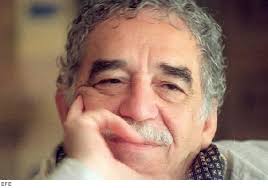 Marquez paints his story in word pictures, creating vivid impressions that bring alive the sights, the emotions, the scents, the memories and the impressions to create a fully rounded understanding of the forces guiding the behaviour of his characters. Through his descriptive powers, Marquez develops an in-depth empathy for the characters and we the readers share their growth or diminishment as individuals as they experience the joys and turmoils of life. Within the era of the story, Colombia is racked by interminable civil war and the ever present scourge of cholera. Fascinating allegories are drawn between the many impacts of age upon the primary characters and the decline in the physical environment as a result of war and rapacious commercial development.

It comes as no surprise that Marquez also wrote a number of film scripts. He thinks visually and captures the essence of his brilliantly conceived imagery through a narrative that is both incisive and intriguing.

Love in the Time of Cholera is one of the ‘must reads’ and is available through Amazon as an e-book on Kindle. The novel is also published by Penguin Books.

FIND US ON SOCIAL MEDIA

It is with mixed feelings that I am s